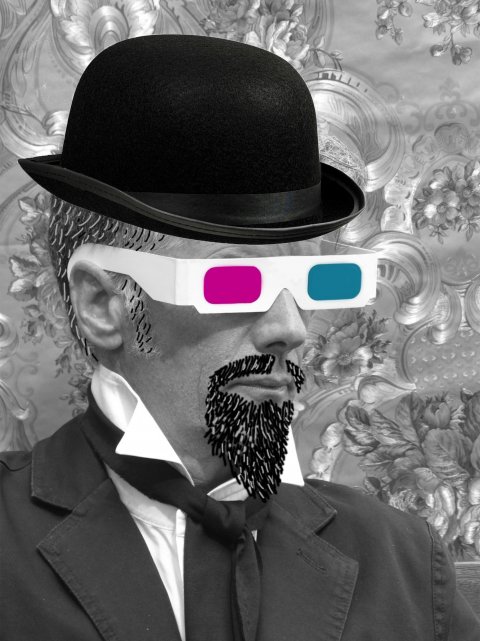 The Jellyfish Trap -Satie in 3D

"This is a piece of fantasy,
without reality.
A whim.
Consider it as nothing else.
The characters are a kind of portraits.
It is actually a portrait of ME.
A portrait at its' core."
Erik Satie

Erik Satie was a strange man. He owned 20 of the same suits and more than one hundred umbrella's. He was also the first artist to deliberately wear sunglasses for his image. But above all else Erik Satie was a genius and very influentual composer and a driving force for the genuine. His works of art were often absurd and full of ironic instructions.

7090 pays tribute to this visionary artist with The Jellyfish Trap (Le Piège de Meduse) and brings a musical narrative based on Erik Satie's play by the same name: A cavalcade of characters and explosions in an absurd ceremony with intimate encounters, interspersed with the original stage music. (3D GLASSES will be handed out at the beginning of the show.)
The Jellyfish Trap - Satie in 3D got the honourable "We Fucking Love You"-mention at the Amsterdam Fringe Festival 2013.